Enclosed by the membrane (also known as the plasma membrane), every single cell has an entrance: the entrance to remain alive or depart life. Behaving as the barrier, it restricts unwanted substances from entering. In spite of that, it also carries the function of permitting essential materials needed for growth. This critical part of life mainly consists of phospholipids and proteins. It can be sorted into two bilayers called hydrophilic and hydrophobic. 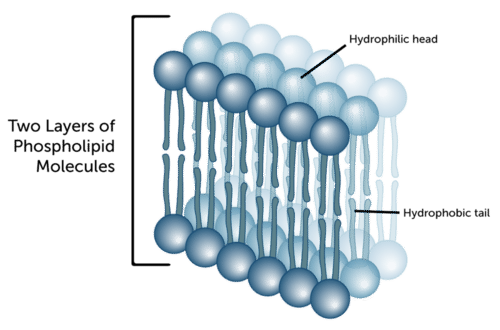 “Hydro-” which means water is presented as the prefix in both of the words. Hydrophilic has the suffix of “-philic” which refers to fondness or love. Whereas, Hydrophobic has the suffix of “-phobic” which convey the meaning of extreme fear or dislike. This implies that the Hydrophilic layer prefers hydrophilic molecules with the tendency to dissolve or mix with water. Oppositely, the Hydrophilic layer’s preference is molecules that do not dissolve in water, unlike hydrophilic’s preference. The image above illustrates the hydrophilic heads facing out which act as the exterior of the cell membrane and hydrophobic tail facing each which acts as the interior structure.

The Passage of Substances

Cell transport is known as the passages of different range of substances. Varieties of different ways can be done in order to provide needed substances for the cell to remain alive. Those can be classified into 2 majors types

Passive Transport – Transporting substances without the requirement of energy input.

2. Osmosis: Osmosis helps to stabilize the fluid level to balance within and outside the cell. This can be achieved by permitting the water molecule in and out of the cell through the cell membrane.

3. Facilitated Diffusion:  With the absence of facilitated diffusion, the hydrophilic molecules will not bypass the interior structure of the cell membrane. This type of diffusion separated into channel protein and carrier protein. Channel protein from tiny pores in the cell membrane allowing the hydrophilic molecule to pass through a hydrophobic interior. Carrier protein can carry substances by binding without diffusing substances.

Active Transport- Transporting substances with the requirement of energy input.

3. Endocytosis: Endocytosis transport substance by pinching off the cell membrane while also carries the substance to the inside of the cell.

This barrier acts as a wall in our bodies. It sets the boundary of cells by separating it from the outside environment. Apart from protecting the cell from infections. it operates beyond this. With the permeable layer, the crucial decision of countless molecule’s existence inside and outside the cell is made by the membrane. If cell membranes are inexistent, the cell will disastrously lose vital functions which only leads to the death of the organism.

Liger Leadership Academy students are English Language Learners. They have been immersed in English since arriving at Liger, We pride ourselves on prioritizing process over product. Please excuse any English errors as part of the learning continuum our students have taken over the years. 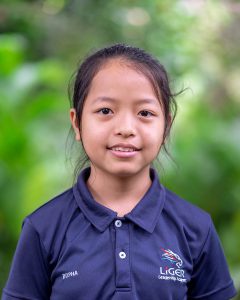 My name is Bopha, a 14 year old student at the Liger Leadership Academy, Cambodia. I was born and raised in Kampong Cham province (located on the central lowlands of the Mekong River).

Programming, app development, reading, drawing, communication and trying new things I’ve never done or out of my comfort zone are my main passions and motivation in life. I am a person who will take a risk and explore things I know might change my perspective after trying it. Imagination is a major key to creating and being who I am. I am also very curious about time traveling and if the universe will end at some point.

Creating art, in general, is undeniably one of the things I enjoyed most in life. I believe that art can reflect my soul. I can have a canvas that never rejects my ideas and imagination to display on the paper as a piece of my soul. They can deliver a message without any words and still be a connection of visuality.  READ MORE